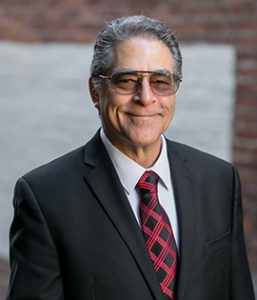 B. ERIC (BRUCE) NELSONis a Senior Attorney in Homan & Stone’s General Liability Department.  Mr. Nelson was born in Yonkers, New York and grew up in Los Angeles, California. He attended Susan Miller Dorsey High School and Graduated from the University of California, Los Angeles with a Bachelor’s Degree in Political Science in 1970.

After serving four years of active duty in the United States Navy, he attended Southwestern University School of Law, and received his J.D. Degree in 1980. He passed the California Bar Exam on the first attempt and was licensed to practice in California in December 1980.

For most of his career Bruce has practiced Insurance Defense Law, including Personal Injury; Medical and Legal Malpractice: Defense of Nursing Homes; and, Defense of individual insured’s in a wide variety of situations.

Bruce also has considerable Appellate experience having briefed and/or argued cases in multiple Districts of the California Courts of Appeal and the United States Court of Appeals for the Ninth Circuit. His published opinions include: Hollywood Refrigeration Sales Co. v Superior Court (1985) 164 Cal. App.3d 754; Wise v Superior Court (1990) 222 Cal. App.3d 1008; Rao v Campo (1991) 233 Cal. App.3d 1557; and, the recent unpublished case of McCassy v Superior Court, (2011) 2011 WL 1536580, dealing with Primary Assumption of Risk in the context of a Motocross accident. He is admitted to all Federal District Courts in California.

Bruce is an avid SCUBA diver and a certified Divemaster. He also briefly served as a Deputy Sheriff with the Columbia County Sheriff’s Office in Georgia and was admitted to practice law in the State of Ohio in 2017.