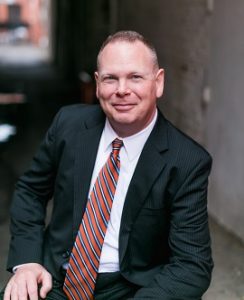 J. PAT FERRARISis a Partner in Homan, Stone & Rossi’s General Liability Department. Mr. Ferraris specializes in the defense of governmental agencies, personal injury, labor/employment, mortgage/banking litigation as well as medical malpractice. Having worked for several preeminent litigation firms previously, Mr. Ferraris brings his years of experience and devotion to hard work and ethical conduct to the practice of law.  He is admitted to practice before all Courts in the State of California, as well as the United States District Courts, Central and Eastern Districts of California, the United States Court of Appeals for the Ninth Circuit, and the United States Supreme Court.

Mr. Ferraris attended California State University, San Bernardino, the University of Southern California (USC), and the University of La Verne, College of Law, graduating as the Student of Distinction.  Mr. Ferraris was the dean of his law fraternity, Delta Theta Phi, as well as the managing editor of his law review, the Adelphia Law Journal.  He has been an adjunct professor at California State University, San Bernardino and the University of Redlands, teaching law, ethics and public administration to both undergraduate and graduate students.  He has served on the board of directors for the St. Bernardine Medical Center Foundation, Inland Counties Legal Services, Inland Empire Executive Association, and the East Highland Ranch HOA.  He is currently a member of the San Bernardino County Bar Association, Riverside County Bar Association, American Bar Association and the Association of Southern California Defense Counsel.  Mr. Ferraris also actively volunteers as a mediator and as a member of the local bar.  He is married to his beautiful wife Staci, and has three wonderful children, Morgan, Chad and Summer.

You can rest assured that your case will be given the personal attention it deserves, and Mr. Ferraris will endeavor to obtain the best result possible for each and every client.